“Thanks to the capabilities and expertise of the Objective3D Direct Manufacturing facility and staff, we were able to produce end use parts that allowed production to proceed unhindered saving us from crippling delays” – Ben Dejong /Dephi

The size of the Australian continent, geographically dispersed population base and importance of major commodities to Australia’s economic output means that freight transport sector performance has a significant influence on national productivity and efficiency.

Figures surrounding the industry are significant. The trucking industry handles more cargo than trains, ships or planes and according to the Australian Bureau of Statistics is worth over $40 Billion Dollars, carries more than 2,100 million tonnes employing 140,00 Australians.

Trucks are an essential part of our economy. Without trucks, goods would never get from suppliers to manufacturers and into the hands of consumers. Just as the economy depends on the trucking industry, the trucking industry depends on high-quality equipment. Kenworth Australia has built a reputation around superior quality, custom-engineered trucks with proven reliability over 47 years of local manufacturing. It manufactures around 2200 trucks every year for delivery and has the largest amount of 2015 models on the market (1). So when Kenworth was faced with a late design change that threatened the production timeline of its major selling truck lines, it couldn’t let tooling lead time get in the way.

Challenge
In May 2014, Kenworth had designed a new HVAC (Heating, Ventilation and Air Conditioning) System with Delphi on the “T” series of trucks, but a late tooling change to the under-dash ducting system meant the HVAC units couldn’t be fitted. The under-dash duct component connects the HVAC outlet bezel to an air distribution manifold on the underside of the dash. The tooling modification was necessary to accommodate both the new HVAC unit and incorporate a new design to improve air flow, assembly and suit the method of manufacture.

The duct component was originally set to be rotationally molded out of PC-ABS, but the tool modification would take 6 weeks to complete, putting production of 320 trucks on hold. Kenworth was planning to assemble 7 trucks a day for 7 weeks from May into June. Halting assembly for even a day would potentially cost the company $2M in revenue. 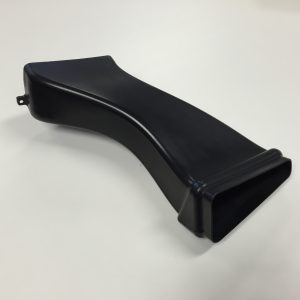 “Parking half assembled trucks, making the duct a “dealer fit ” requirement or delaying production was out of the question. We needed a process that could build the parts while the was tool was being updated,” said Delphi engineer Ben Dejong.

With an approaching deadline, a production solution needed to be found – and fast.

“We had already been working with both Kenworth and Delphi/Ben on the prototypes to ensure assembly and fitment. Both companies had confidence in FDM technology and it seemed like a logical progression to then scale up from prototype to a production solution”, said Matt Minio, Managing Director at Objective3D Direct Manufacturing. “Our role then transformed from rapid prototyping shop into a just-in-time (JIT) manufacturing supplier.” 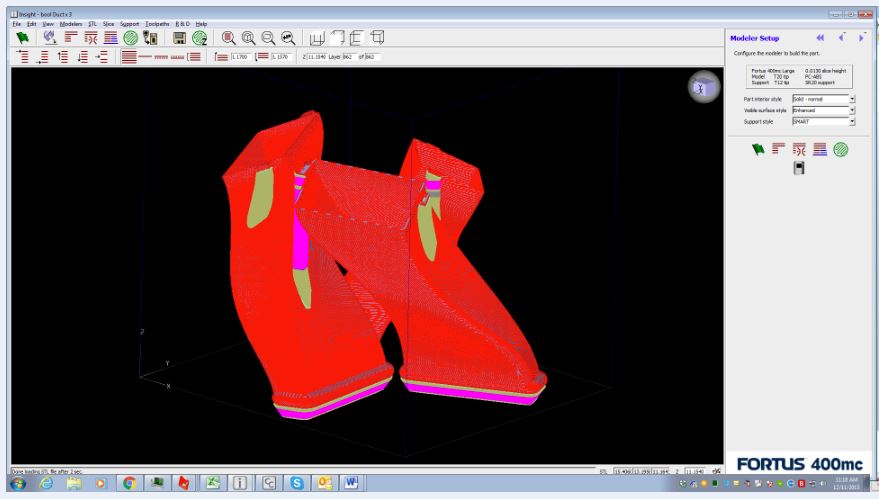 “Speed was our main objective with this project. We had to optimize everything we could to help Kenworth keep production moving. We worked to a 24 hour scheduled with parts building over night and then fitted to vehicles same day” added Hugh Tevelein, Objective3D Operations Manager.

Results
Objective3D Direct Manufacturing built 320 units over a 7-week period for Delphi until hard tooling was finished and ready to be incorporated into the production line. Putting production on hold for hard tooling modifications would have cost Kenworth millions of dollars and many unhappy customers. This just-in-time manufacturing solution allowed Kenworth to bring 320 vehicles to market on time and put economy-dependent trucks on the road. When there are bumps in the manufacturing road, engineers can count on 3D printing to maintain momentum and keep assemblies moving.